A scene from Unplanned PureFlix

Despite significant marketing hurdles and a suspended Twitter account, the pro-life movie Unplanned has made millions in its first week and opens in 700 additional theaters on Friday.

The PureFlix film, about former Planned Parenthood facility manager Abby Johnson’s conversion to the pro-life movement, debuted in more than 1,000 theaters last weekend and earned a rare A+ rating from CinemaScore, which tracks audience reactions. It grossed a surprising $6.3 million and came in fourth in box office returns last weekend, according to Box Office Mojo.

Unplanned producer Joe Knopp credited the movie’s success to a grassroots effort from churches, pro-life groups, and social media. TV channels such as HGTV, Lifetime, and the Hallmark Channel, along with the Christian radio network K-Love, refused to run ads for or promote Unplanned, saying it was too political or citing its R-rating, which filmmakers protested.

Then, last Saturday, one day after the movie’s theatrical debut, Twitter suspended Unplanned’s official account, citing a “platform-wide issue” that would take up to 24 hours to resolve, Knopp told me.

“With so many refusing to run our ads, we were relegated to social media as our final piece of marketing. It was amazing to watch it shut down right before our eyes,” he said. The movie’s Twitter account was restored within 90 minutes, but throughout the day many users continued to report glitches or difficulty getting their “follows” to stick, preventing the movie from trending.

News spread quickly, and supporters worried Twitter was trying to stifle the movie’s pro-life message. Sen. Ted Cruz, R-Texas, tweeted, “Big Tech’s attempted censorship of @UnplannedMovie is deeply troubling.” Donald Trump Jr. chimed in, tweeting, “Yet another example of the Social Media Masters only letting people see what they want them to see and believe. The censorship and the bias must stop!!!”

Knopp called Twitter’s shutdown “too much of a coincidence,” but he also said it provided a welcome marketing boon. This week, Unplanned has reached nearly 350,000 followers on Twitter, surpassing Planned Parenthood’s 260,000 followers.

Meanwhile, many K-Love listeners have flooded the network’s Facebook page with comments and endorsements of the movie. While the network has maintained its silence, it has been playing the movie’s theme song, also titled “Unplanned,” by musician Matthew West.

On Monday, U.S. Vice President Mike Pence called Unplanned “deeply inspiring” and tweeted that “more Americans are embracing the sanctity of life because of powerful stories like this one.” 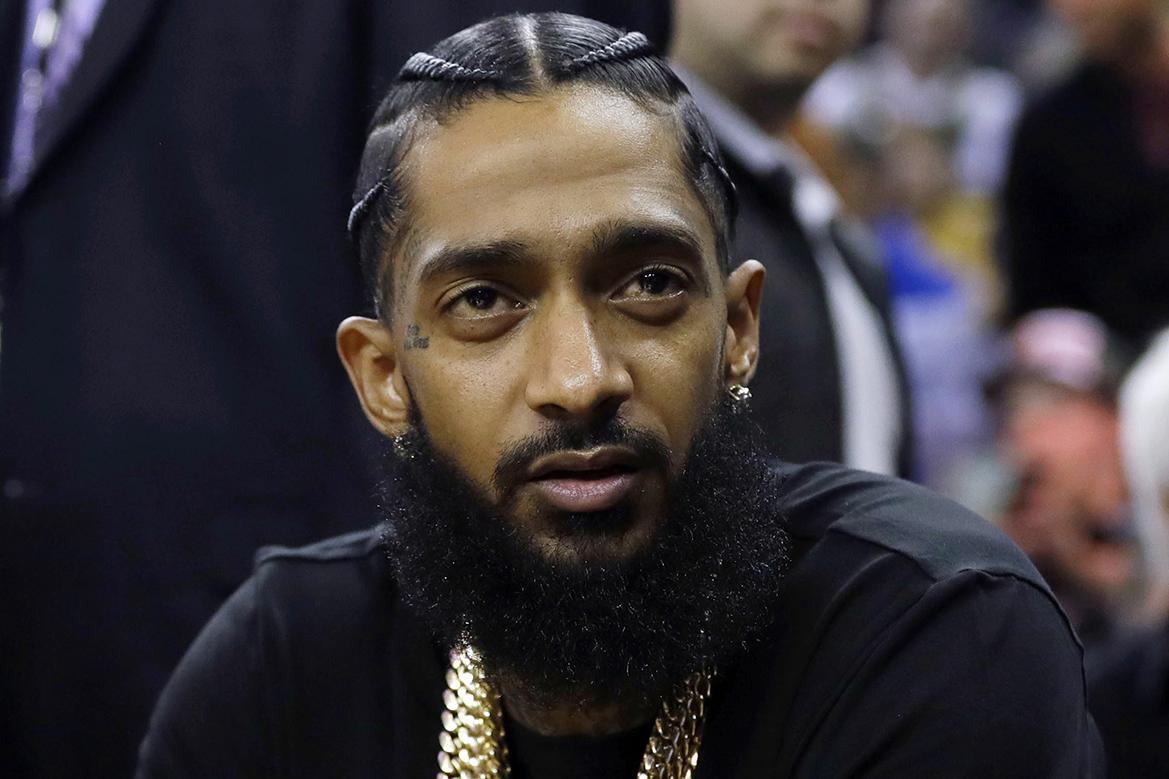 Nipsey Hussle, a favorite rapper of hip-hop insiders, died Sunday when a gunman shot him outside the clothing store he owned in South Los Angeles. He was 33.

Hussle, whose real name was Ermias Asghedom, grew up in LA’s Crenshaw neighborhood. He joined a gang as a teen and earned his nickname, a play on the name of the 1960s and 70s standup comic Nipsey Russell, because of his strong work ethic. He ascended to stardom slowly and deliberately, building not just a rap following but a business plan aimed at improving the neighborhood in which he grew up. He and a partner bought the shopping center in Crenshaw where his store, Marathon Clothing, was located. They planned to build a residential and commercial development on the property.

“In our culture, there’s a narrative that says, ‘Follow the athletes, follow the entertainers,’” he said in an interview with the Los Angeles Times last year. “And that’s cool, but there should be something that says, ‘Follow Elon Musk, follow [Mark] Zuckerberg.’”

Hussle built his music audience through a series of independently released mixtapes, one of which he made only 1,000 copies priced at $100 each. Rapper Jay-Z famously bought 100 of them and sent Hussle a check for $10,000. Victory Lap, his debut album with Atlantic Records last year, released at No. 4 on Billboard’s top 200 albums chart and earned a Grammy nomination for best rap album. The album is filled with obscenity-laced laments of the poverty and crime in Hussle’s home neighborhood, along with tracks celebrating his success and promoting the rewards of hard work.

Police have arrested Eric Holder, a 29-year-old gang member, for fatally shooting Hussle and wounding two other men outside Marathon Clothing on Sunday. Los Angeles Police Chief Michel Moore said Hussle and Holder had a personal dispute earlier in the day, and Holder returned later with a gun and opened fire. Moore did not say how Holder and Hussle knew each other or what they fought about except that it was not gang-related.

Hussle’s death shook fellow rappers and fans because of its seeming unfairness.

“This brother was JUST getting started,” TV commentator Van Jones tweeted. “He’d finally figured out how to use celebrity to build real wealth and opportunity in the hood. AND HE WAS DOING IT — FOR ALL OF US!!!”

Hussle is survived by a son, daughter, and his fiancée and longtime girlfriend Lauren London, who, like Hussle, was of Eritrean descent. —Lynde Langdon 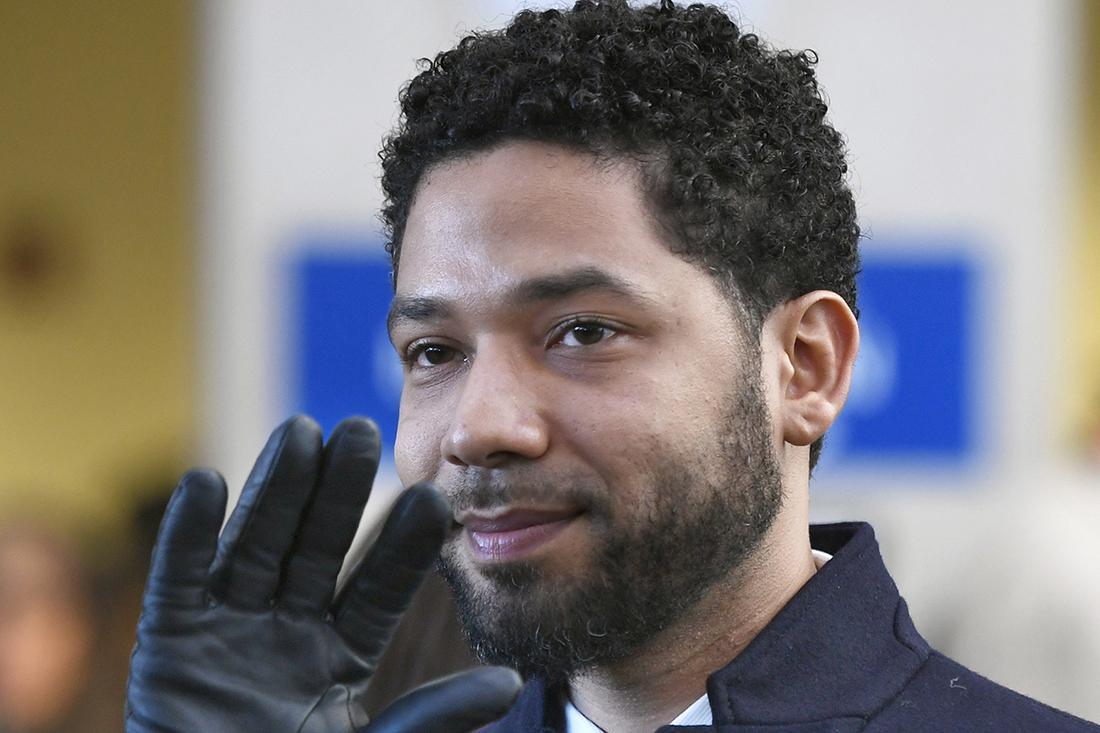 Last week, prosecutors in Chicago dropped charges against actor Jussie Smollett but insisted he pay $130,000 to the city to cover the cost of the investigation into an allegedly phony attack on him in January. Smollett’s lawyer Mark Geragos said this week the actor won’t pay a dime of the fee because the charges were dismissed. The city threatened to sue Smollett, and Geragos countered by saying if that happens, he will call the mayor, the police chief, and other city officials to testify. Cook County State’s Attorney Kim Foxx, whose office made the decision not to charge Smollett, has faced calls for her resignation this week from more than two dozen suburban Chicago police chiefs and the president of the Chicago police union. —L.L.

Members of the opposition party in India want courts to block the release of a movie about Prime Minister Narendra Modi during upcoming elections. The film, PM Narendra Modi, tells the politician’s life story and portrays him as an inspirational figure, producers have said. Modi’s political opponents say it will give his party an unfair advantage in elections April 11-May 19 for the Lok Sabha, the lower house of Indian parliament. India holds elections in phases throughout the country for security purposes. The movie was originally scheduled to release Friday, but the government censors have delayed it until April 11, producer Sandip Ssingh tweeted. —L.L.

The success of "Unplanned" reminds me of every time another smash campaign against Chick Fil-A is launched by secularists. God blesses and covers those who belong to Him. Evil seems to win but the enemy is defeated!

In America politicians write "biographies" about themselves to help them get elected. We also have biased media who tell stories based on who they choose to win.

I wish we had better control over politicians who control votes...one for you, two for me...

I strongly urge all adults* to see UnPlanned this weekend if possible. It's an amazing and powerful story that pulls back the curtain on what really goes on inside abortion clinics. And the people who were courageous enough to make this movie need to be supported.