Ten years ago, the tea party wave of 2010 helped Republicans recapture the U.S. House of Representatives in sweeping fashion. The GOP picked up 63 seats with a simple message: Government spending is out of control, and we’ll put a stop to it.

“Forty cents of every dollar being spent by the federal government is being borrowed from my children,” Republican Marco Rubio often said at rallies during his 2010 campaign for a U.S. Senate seat from Florida. “We have to stop doing that.”

Now, spurred into action by the COVID-19 pandemic, the borrowing instigated by both parties is putting the previous decade’s debt to shame. A recent Congressional Budget Office report shows just how far coronavirus-related legislation has pushed the United States further into the red. Not only has the GOP not resisted the unprecedented spending levels, but some Republicans have led the charge, raising the question of whether the coronavirus outbreak spells the death of the small-government conservative.

Before the COVID-19 crisis, the CBO projected deficits of $1 trillion for both 2020 and 2021. Then Congress passed a $2.2 trillion bill to address the pandemic’s economic devastation.

The CBO’s report released on Friday showed the United States is nearing a $4 trillion deficit for the 2020 fiscal year—on top of the $22 trillion Congress racked up previously. It projects the size of the federal debt held by Americans will exceed the total U.S. economy by Sept. 30—hitting 101 percent of gross domestic product.

“That is quadrupled from the projections we had initially this year, before this crisis, and all the stimulus spending,” said Romina Boccia, director of the Heritage Foundation’s budget center. “We have to go back to World War II to see the deficit at this level.”

In 1946, public debt was about 106 percent of GDP. It gradually fell under the influence of a growth boom after the end of the war.

In 2010, many voters had the 2009 stimulus debate fresh on their minds. President Barack Obama negotiated with Congress to pass a $900 billion bill. It received no votes from Republicans in the House and only three in the Senate. That strategy worked at the ballot box.

During President Donald Trump’s administration, Republicans repeatedly have increased spending. And as Congress debates another legislative response to the coronavirus pandemic, few on Capitol Hill are talking about the debt. Advocacy groups that railed against deficit spending in the Obama era, including the Tea Party Patriots, Americans for Tax Reform, and Club for Growth, did not respond to WORLD’s requests for comment.

“It’s also time to begin to think about the amount of debt we’re adding to our country,” he told reporters on April 21. “Until we can begin to open up the economy, we can’t spend enough money to solve the problem.”

Boccia said she believes more spending may eventually backfire on both parties and lead to another backlash: “Whether it will be the tea party again or some other name, I could see … people who are concerned about the government’s response now activating to fight the high deficit and debt.”

More borrowing is likely on the way. McConnell said the next relief bill should be a “more targeted response to what we got wrong and what we didn’t do enough for—and at the top of the list there would have to be the healthcare part of it.”

On Thursday, House Speaker Nancy Pelosi, D-Calif, said cities and states alone want $1 trillion in the next aid bill, suggesting the total price tag could exceed the $2.2 trillion Congress spent earlier this month. That same day, Republican Sens. Ted Cruz of Texas, Mike Enzi of Wyoming, Ron Johnson of Wisconsin, Mike Lee of Utah, and Rick Scott of Florida sent a letter to Trump urging him to reject state efforts to receive any money not directly related to pandemic expenses.

Former U.S. Rep. Dave Brat, R-Va., now dean of the Liberty University School of Business, has been sounding the alarm on government spending since he won a stunning primary over then–House Majority Leader Eric Cantor in 2014. He said both lawmakers and the public have become complacent.

“The American mind has been conditioned to assume that there is naturally this beautiful working free market economic system that has made us all rich beyond comparison … but it’s not inevitable,” Brat said. “You can break it.”

Still, he acknowledged that Congress is facing an unprecedented situation “like a war, plus a natural disaster hit every one of the 50 states simultaneously.” Brat said taxpayers should be watching one thing in particular: “How much of this money went to the forgotten men and women?” 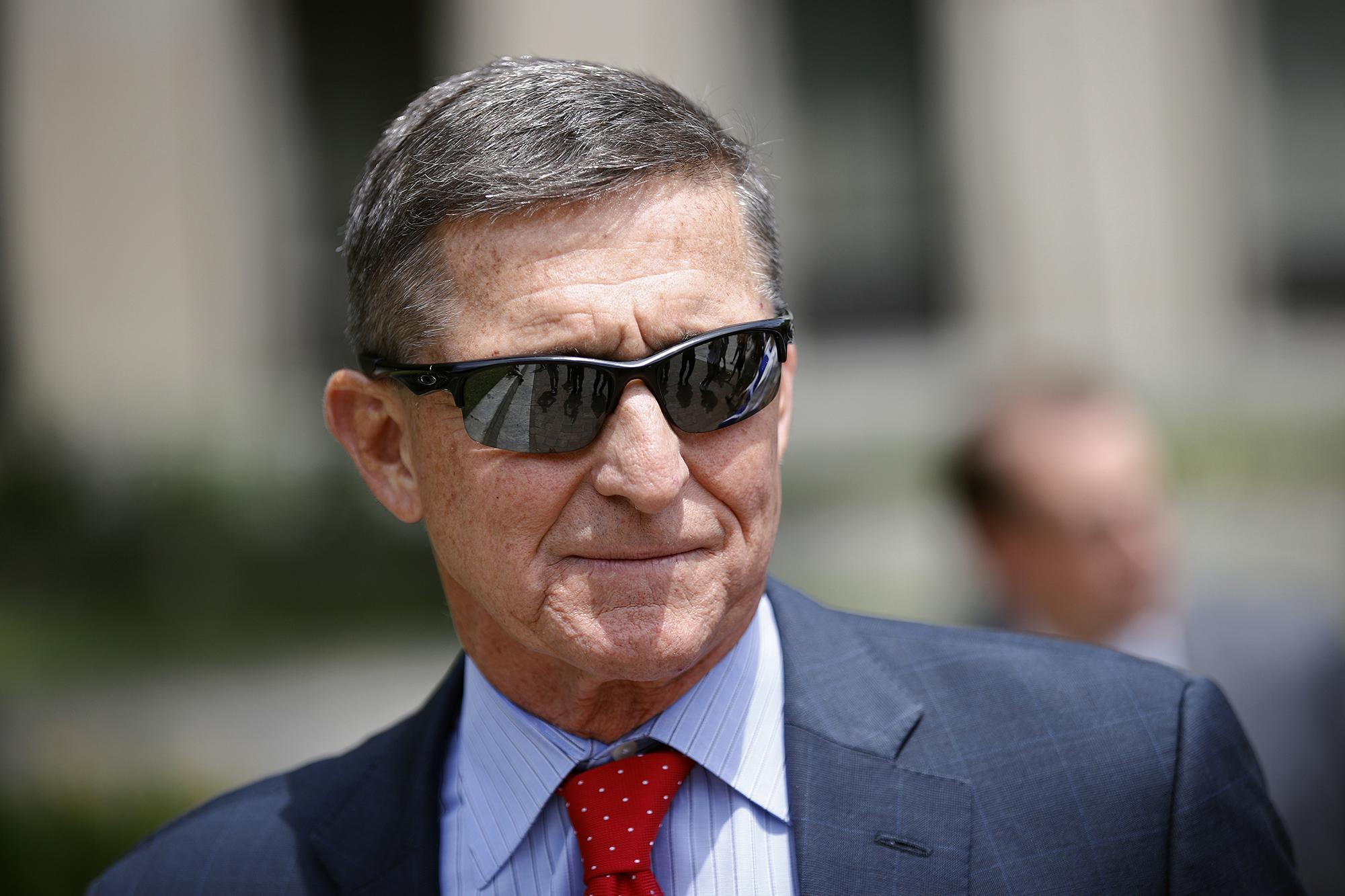 On Wednesday, a federal judge unsealed new documents in former national security adviser Michael Flynn’s case. His lawyers said the material shows the government set up Flynn in a 2017 interview that ultimately led to his subsequent indictment for lying.

“What is our goal? Truth/Admission or to get him to lie, so we can prosecute him or get him fired?” one FBI agent wrote the day of the interview.

In December 2017, Flynn pleaded guilty to lying to investigators about conversations he had with a Russian diplomat about sanctions on Russia. The case became a prominent milestone in the investigation into whether Donald Trump’s campaign colluded with Russian interference in the 2016 U.S. presidential election.

Another exchange showed FBI lawyer Lisa Page asked then-agent Peter Strzok about when the FBI required agents to warn Flynn that lying to them was a crime.

Flynn’s attorney, Sidney Powell, filed a request for U.S. District Judge Emmet Sullivan to throw out the case due to prosecutorial misconduct. Powell argued the documents “prove Mr. Flynn’s allegation of having been deliberately set up and framed by corrupt agents.”

Flynn requested to retract his guilty plea after the U.S. Department of Justice asked for a sentence of up to six months in prison.

Last month, Trump tweeted that he is “strongly considering a Full Pardon!” The president has long defended his former adviser. —H.P. 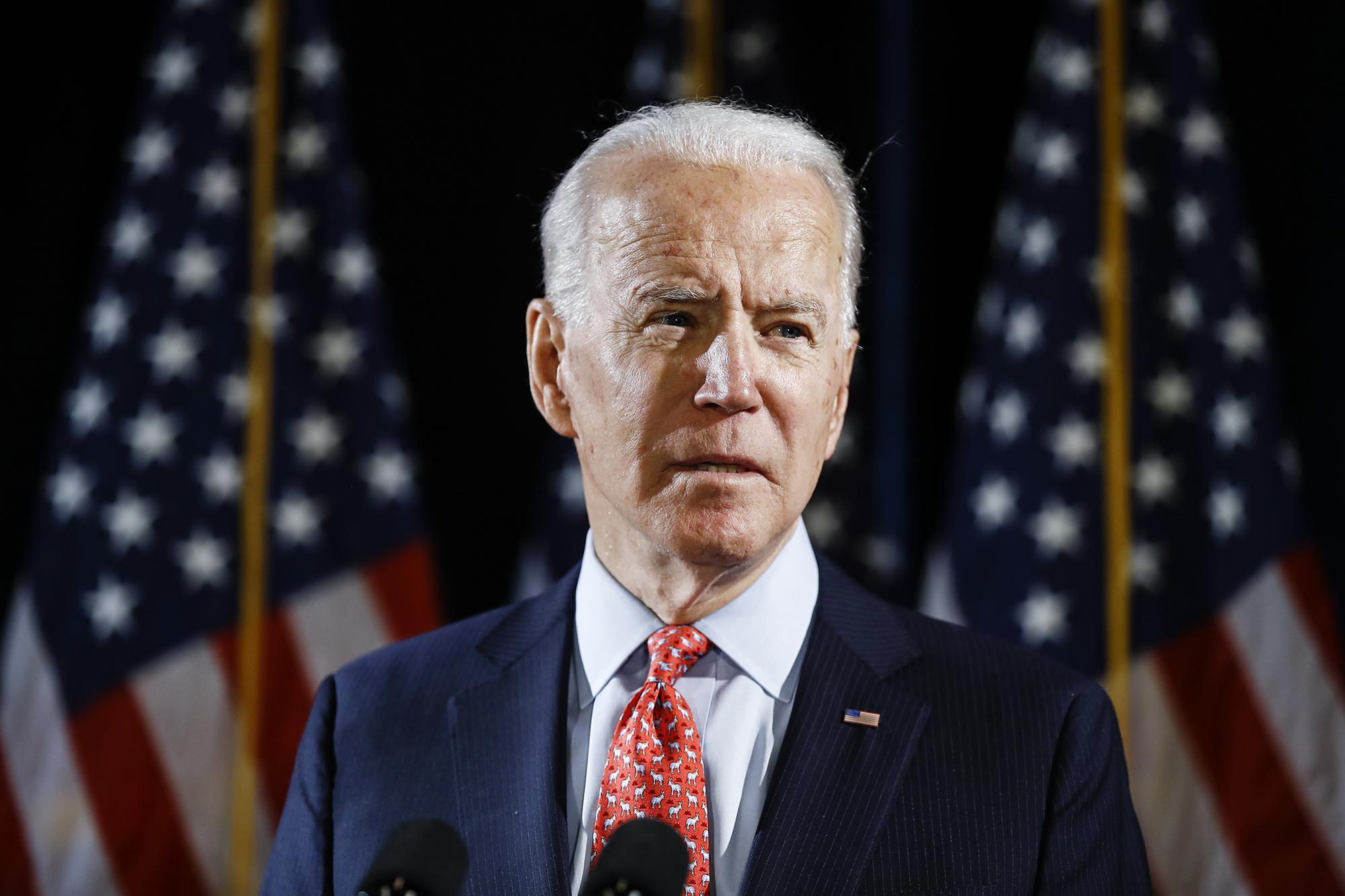 New details continue to emerge about the sexual assault accusation by former Senate staffer Tara Reade against former Vice President Joe Biden. Reade, in a podcast interview late last month, claimed Biden sexually assaulted her in 1993 when she worked for him during his second term as a U.S. senator from Delaware.

On Friday, The Intercept reported that a friend of Reade’s and her brother confirmed she told them about the alleged assault at the time. The Intercept also highlighted a 1993 episode of CNN’s Larry King Live in which a woman Reade said is her mother described her daughter’s difficult situation with a “prominent senator.”

This week, Business Insider reported on a former neighbor who said Reade discussed the matter with her in detail in the 1990s. The woman, Lynda LaCasse, is a Biden supporter but said she also wants to back up her friend’s story.

The Biden campaign strongly denies the accusation, and the mainstream media so far has given it sparse coverage. Biden reportedly will address the accusation for the first time on Friday morning in an appearance on MSNBC’s Morning Joe. Still, Reade’s story likely will remain a major campaign issue through the remainder of the 2020 campaign.

U.S. Rep. Justin Amash, I-Mich., announced on Tuesday he is launching an exploratory committee for a third-party presidential bid as the Libertarian Party candidate.

Amash stopped campaigning for his House seat in February. He faced a tough reelection battle in Michigan’s 3rd District after exiting the Republican Party to become an independent last year. The Libertarian Party is scheduled to hold its convention in Austin, Texas, near the end of May.

In the 2016 election, Libertarian candidate Gary Johnson won a little more than 3 percent of the national vote. —H.P.