John Foxe’s Book of Martyrs, first published in English in 1563, tells the stories of numerous Christian martyrs leading up to and during the Reformation in Europe. As a pioneering historian, Foxe leans heavily on first-person accounts from letters, diaries, and government officials. Foxe himself experienced persecution by Roman Catholic authorities, so it’s no surprise he writes with passion and urgency on behalf of his fellow Protestants. While Foxe’s strong language and grisly details may challenge some readers, his profoundly moving pictures of Christian faithfulness will likely burn in the hearts of readers long after they put down the book.

A Simple Way to Pray

Sixteenth-century Reformer Martin Luther here lays out his “simple” approach to prayer. Originally a response to his barber’s questions, Luther applies principles such as confession and thanksgiving to Scripture passages like the Lord’s Prayer and the Ten Commandments. Seasoned prayer warriors and Reformation buffs will especially appreciate the way Luther models these principles. He often gives insight into the spiritual and political realities of his day as he prays about issues such as error within the Roman Catholic Church. But at roughly 30 pages long, this little book packs a punch with ideas that will benefit Christians in any age.

The Rare Jewel of Christian Contentment

England’s Jeremiah Burroughs writes in this 17th-century treatise, “Christian contentment is that sweet, inward, quiet, gracious frame of spirit, which freely submits to and delights in God’s wise and fatherly disposal in every condition.” Burroughs then systematically unpacks what Christian contentment looks like in everyday life as well as how individuals may gain this “mystery.” The author’s powerful metaphors and Biblical references will likely resonate with today’s general audiences despite rich Puritan language and spiritual meat. Burrough’s writing offers hope that the practice of contentment may be mastered by the simplest follower of Christ.

Forty years after its first publication, this National Book Award winner remains a treasure among Christian biographies. At the heart of the tale, Vanauken eloquently describes his struggle between two competing loves—love for his wife and love for God. C.S. Lewis looms large in Vanauken’s journey, as the author wrestles with Lewis’ books and engages his apologetic ideas through personal letters. Skeptics and believers alike can appreciate Vanauken’s honest wrestling with Christian truth claims. While his speculation beyond Scripture occasionally muddies the water, Vanauken’s embrace of his wife’s death as a “severe mercy” from God is both beautiful and wise. 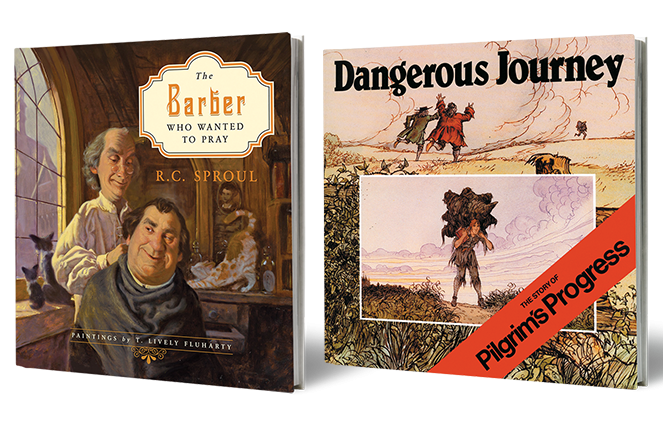 The Barber Who Wanted to Pray by R.C. Sproul (Crossway, 2011) puts into picture-book form WORLD Radio’s October classic book, A Simple Way to Pray by Martin Luther. Children as young as 5 or 6 can enjoy Sproul’s imaginative retelling of how Luther came to write the book for his barber. While the text can be repetitive at times, the warm, inviting illustrations help families introduce kids to important tools for effective prayer. —E.W.