Ghana Goodwin-Dye signals to motorists participating in a drive-by rally to certify the presidential election results near the Capitol building in Lansing, Mich., on Saturday, AP Photo/Paul Sancya

After Michigan’s Board of State Canvassers cast a crucial vote to certify the state’s election results on Monday, President Donald Trump made way for his administration to begin working with President-elect Joe Biden on his transition to the White House.

“In the best interest of our Country, I am recommending that [General Services Administration Administrator Emily Murphy] and her team do what needs to be done with regard to initial protocols,” Trump tweeted. But he added that he would “keep up the good fight, and I believe we will prevail!”

Michigan’s certification vote may be the death knell in President Trump’s long-shot strategy to capture the Electoral College vote—and with it, reelection—despite the math working in Biden’s favor. According to current state election tallies, Biden leads Trump 306 to 232 in electoral votes, more than enough to secure the presidency.

Shortly after Michigan’s certification, GSA chief Emily Murphy confirmed in a letter that Biden is the “apparent winner” of the general election, a move that allows Biden’s team to coordinate with federal agencies.

Although some states will not certify their results for several more days, Republican hopes for Trump’s legal challenges are fading quickly, and several Republican leaders over the weekend urged Trump to cooperate with the Biden transition team.

Certification is usually a routine process. But this year it took on new weight as Republicans and Trump’s legal team sought to challenge the finalization of election results in recent days. On Friday, Trump invited top Republicans in Michigan’s Legislature to come to the White House, a meeting that fueled speculation the president would try to delay some states’ election certifications and convince Republican-controlled legislatures to select Electoral College electors who would vote for Trump rather than Biden.

Even if Biden had won a state’s popular vote, delaying the certification of those results could allow Trump to argue that the state had not made a choice in time, opening the door for the legislature to step in.

Two Michigan state lawmakers, Senate Majority Leader Mike Shirkey and House Speaker Lee Chatfield, said in a joint statement after the Friday White House meeting they “have not yet been made aware of any information that would change the outcome of the election in Michigan and … we will follow the law and follow the normal process regarding Michigan’s electors, just as we have said throughout this election.”

For the certification-delay effort to have worked, Trump would have needed the support of the Republican-controlled Legislature in Michigan, along with at least two other Republican-controlled legislatures (as in Georgia or Wisconsin), to get 270 votes at the Electoral College. Monday’s result means the long-shot effort is essentially dead.

On Monday, it was unclear throughout much of the day whether the GOP representatives on the Michigan Board of State Canvassers would temporarily prevent the state from certifying election results. But after hearing three hours of public comments, GOP board member Aaron Van Langevelde voted with the two Democrats on the board. The other Republican member, Norm Shinkle, abstained due to concerns about unbalanced vote totals in Wayne County.

At the outset of the meeting, Michigan Elections Director Jonathan Brater defended the security of the state’s election processes and said the bureau “has not identified any irregularities this year other than the typical human error that is always part of the process.” He said errors had been caught before tallies had been made official.

In a joint statement on Saturday, Republican National Committee Chairwoman Ronna McDaniel and the Michigan Republican Party had called on Michigan’s Board of State Canvassers to delay certifying results. McDaniel said the board should adjourn for 14 days to allow for a “full audit and investigation” before certification.

In justifying his yes vote, Van Langevelde, an attorney, said he had reviewed state law and determined that delaying the vote was outside the board’s authority: “I found nothing about making certification contingent on an audit. I found nothing that gives us the authority to review complaints for fraud. I mean, I think the law is pretty clear here.”

Trump’s legal team has filed lawsuits and requested recounts in several key states. They achieved some small victories but have been unable to prove vote irregularities or fraud substantial enough to overturn Biden’s margin of victory in any state.

“None of this is going to work,” Ryan Burge, assistant professor of political science at Eastern Illinois University, said of the Trump campaign’s legal maneuvers. “All of this stuff is like trying to thread a needle 10 times.”

Kevin Kosar, resident scholar with the conservative American Enterprise Institute, agreed: “There would have to be multiple states that throw out their votes for Biden. … That would require legislative majorities and/or governors to stick out their necks to do this. Which would invite massive popular outrage.” 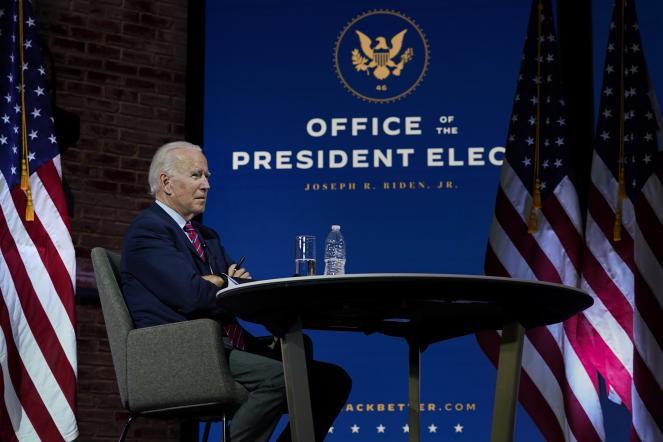 Most in Republican leadership, including Senate Majority Leader Mitch McConnell and House Minority Leader Kevin McCarthy, have expressed support for Trump’s legal challenges. However, as Trump’s avenue to reelection narrowed over the weekend, a few Republicans called for the Trump administration to work with Biden’s team on a transition.

Pennsylvania Republican Sen. Pat Toomey said in a statement Saturday that the president’s team “has exhausted all plausible legal options to challenge the result of the presidential race in Pennsylvania.” While calling himself “deeply disappointed” in the election result, he added: “To ensure that he is remembered for these outstanding accomplishments, and to help unify our country, President Trump should accept the outcome of the election and facilitate the presidential transition process.”

Former New Jersey Gov. Chris Christie, a longtime Trump ally, also called for a transition. “I’ve been a supporter of the president’s. I voted for him twice … but elections have consequences, and we cannot continue to act as if something happened here that didn’t happen.”

Questions surrounding states’ results must be resolved by Dec. 8. That’s also the deadline for states to choose electors. If a state cannot resolve its disputes and sends multiple slates of electors to cast competing votes, Congress will have to agree on which set of votes count.

“The House of Representatives can refuse to accept the electors sent by a state if they find them illicit. The House is majority Democrat, so it is hard to see how there is a path here,” Kosar said.

On Dec. 14, electors for the winning party in each state will meet at their state capitols to cast the Electoral College votes. Congress will tally the votes Jan. 6. Inauguration Day is Jan. 20.

Here is a breakdown of the election certification process in crucial states for the 2020 election:

Georgia: On Friday, Gov. Brian Kemp and Republican Secretary of State Brad Raffensperger certified Georgia’s results, confirming that the state’s 16 electoral votes will go to Biden after a hand recount. The Trump campaign has requested a machine recount, which will begin Tuesday.

Michigan: If Michigan’s Board of State Canvassers had failed to certify results by its Monday deadline, the deadlock would have then gone to the state’s Court of Appeals, which would likely have compelled the board to certify the results. Certification authorizes Michigan Gov. Gretchen Whitmer to then confirm the winning party will get to send its electors to vote. Next month, those electors will cast Michigan’s 16 votes for Biden at the state Capitol. Biden leads in the state count by more than 155,000 votes.

Pennsylvania: The state of Pennsylvania also faced a Monday deadline. State results are certified at a county level. All but four of 67 counties voted Monday to certify results. After certification, Secretary of State Kathy Boockvar will then give the winning party the state’s 20 electoral votes. On Saturday, a federal judge rejected a Trump campaign request to delay Pennsylvania’s certification of election results. He said the president’s legal team failed to produce “factual proof of rampant corruption.” The campaign has appealed the decision. Biden leads in the state by more than 81,000 votes.

Arizona: Arizona will certify results on Nov. 30. After each individual county certifies results, Secretary of State Katie Hobbs can certify the statewide results. After an initial delay, the last outstanding county, Mohave County, certified its results on Monday. Asked what would happen if the Legislature tried to tap electors favorable to Trump, Sophia Solis, a public information officer for the Arizona Secretary of State, said in an email to WORLD that “nothing in Arizona law gives Arizona state legislators the authority to override official election results.”

Wisconsin: The state is scheduled to certify results on Dec. 1. Several of Wisconsin’s counties are currently conducting a recount requested by the Trump campaign.